Day forty-nine was sunny and bright. I headed for California. Traffic was light and I quickly moved through Death Valley. It wasn’t long before I could see the mountains. They were beautiful and held the promise of a good time in California. When I got close to LA I found myself on the expressway which was a giant parking lot full of cars moving along at eighty miles-an-hour. I felt like I was in the Indy 500. It takes a lot of concentration to drive in traffic like that. I was tired as I got close to my destination near San Diego. I pulled off in a quaint little village called Temecula. It was a lucky break. I stopped for a beer in Roses Cantina and the bartender said they were hiring day workers at a restaurant down the street. I hired in for a half a day. My job was to hold a sign directing people to a place called the Dog House Bar-B-Q. It was fun and I had a co-worker named Denise. She filled me in on all the local action. After work I saw the Sherriff sitting on a porch and stopped to talk to him. He seemed bored and never said a word to me. Cops are such dodos sometimes and it took me a little while to realize I was the dodo.  He was a decoy.  I marked this place on my “visit-again” list because it was beautiful and interesting. Before I left Temecula I ate at a place called Sweets. John, the owner, told me he had a brother who was a Captain on the Toledo Fire Department. His brother was having respiratory problems.  He attributed the lung problems to the work he had done in New York helping the NYFD dig out victims of the World Trade Center disaster. I know my friend Greg Pearn responded along with many other Detroit Firefighters to help after the 911 attack. I hope these respiratory problems are not becoming a pattern for those who worked at the site. I fear they are. I recently attended a memorial service for a New York Firefighter who went back to help after he had retired. He died of lung cancer. His widow told me he said he would do it again if he had to. That heart and spirit  of the Firefighters I know seems to be a common thing in the fire service. They are fun people but are super dedicated when the bell rings.

I arrived in time for dinner at Joe and Linda’s place. I had problems finding their house. It is located in the hill country near Fallbrook. They told me even they got lost after they had moved in. It took a while for them to get used to the winding mountain roads. I asked them if they were in the witness protection program. Their house is gorgeous. It faces a valley filled with palms and citrus trees. In the distance you can see Mount Palomar. I was met by Mocha the cat when I went inside. Mocha is probably the prettiest cat I have ever seen. Linda says he is spoiled but they love him. When Joe gets a glass of ice water to watch TV, Mocha likes to share the drink with him. If you do not close the door behind you as you go to another room, you will soon see Mocha checking things out. Mocha is a special cat. Kind of like a feline version of my, now deceased friend, Moose Super Dog.

Joe and Linda are going to take me to San Diego tomorrow. We will see the sights and tour the air craft carrier Midway. I am looking forward to it. 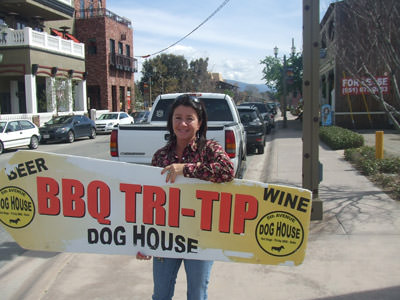 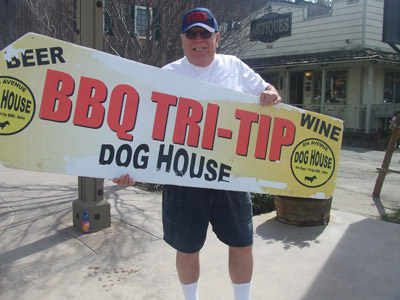 Bob Haig on the job 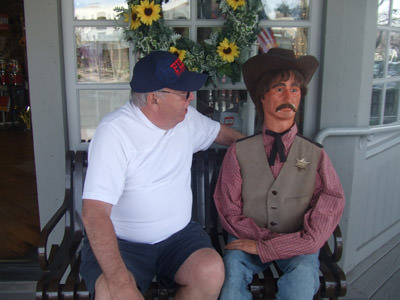 The sheriff didn't say much 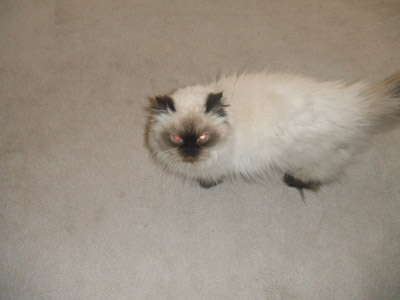