On day forty-eight I switched from tournament play to live action in the two-four limit hold-em game. I won eight dollars. Not much, but a definite improvement over the numerous losses in tournament action. The style of play is different in live action. In a limit game you can lose money, but the tactic of going all in is not a threat. It is a slower boring type of game. I shouldn’t complain. I came out a winner in poker for the first time in two months. I celebrated by having a drink. I have switched from Jager Bomb shots to Maui Banana Shakes. My new drink allows me to keep my legs from turning around backwards.

The car got a lube job and an oil change. I am gassed up and ready to cross  Death Valley. California here we come. I look forward to seeing my cousin Joey and his wife Linda. They are world travelers and are full of interesting tales. Yesterday was a day of rest. I watched Canada win gold in the Olympic Games. There was a group of guys in the Casino hooting and hollering. They were from Canada. I joined them and they granted me honorary citizenship to their country so I could help them celebrate. We sang Oh Canada together.

I finished the day by playing more poker. The poker room has a huge barrel filled with the names of anyone who gets a full house. Every hour the house ups the prize by fifty dollars. The pot was up to 850 dollars. Every time an ace of spades appears face up on a table the pit boss draws a name. You must be present to win. While I was playing they drew for a winner four times. Three times they called out the name Steve Eble. He wasn’t there. Good news for the players and bad news for Steve. I commented to our dealer, that Steve must have had a ton of full houses to get his name drawn three times in a row from that huge barrel. Ron laughed and said Steve only has one ticket in the barrel. I thought the god who distributes luck in the Las Vegas area must have a weird sense of humor. I suspect he has been following me on my gambling tour because the only time I get to see a full house is when my opponent has one.

I will be in California tonight. I’ll miss the sky diving action my young friends promised me, here in Vegas, but that may be a good thing. Who knows, I may meet some surfer girls in San Diego. 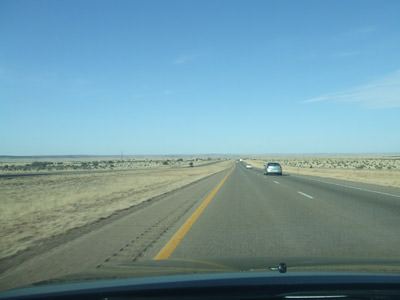