I took a long walk in the early morning sun today. I am up to a mile a day. Walking with Cookie and Michael, when I visited Stewart, has increased my distance limit. The sun was warm, so I took off my t-shirt to tan my athletic body. Several cars tooted their horns as they sped by.  It must have been the glare of my bleached white torso that bothered them. It may have been something else, because I saw one lady take her hand off the steering wheel and cover her young child’s eyes as they drove by. I read her lips and it looked like she was calling me an “ace in the hole.” I wondered what that meant.

I had a lunch date with two dear friends at Beef O Brady’s. It is a short walk from where I am staying. As I approached the restaurant I saw several fire department vehicles. I was meeting Steve Parsell and his wife Cheryl. Steve and I worked together at Ladder 8. We also worked together for Local 344 the Detroit Fire Fighter’s Association. Steve was a top notch fire fighter and a world class union man. I thought to myself that somehow these fire department vehicles had delivered my friends to the restaurant. Man, that Stevie still has influence, I thought. What a guy. Just then Steve and Cheryl pulled up. They had seen the FD Cars and thought I had arrived in them. It was a big laugh for all of us.

We went inside and found three Oviedo Fire officials having lunch. I told them the police were outside writing tickets on their vehicles. I knew they were real Firefighters when one of them said, “Screw em, we won’t give them free coffee anymore.”  That Firefighter spirit is the same wherever you go. We had a great lunch and Steve asked our waitress if she had anything on under her short apron. Cheryl punched Steve. The young lady said we reminded her of her grandparents. Steve said she looked like his granddaughter and popped out his knee, patted it with his hand, and told her to sit down. Cheryl punched Steve again. We talked about old times, the fires we fought, and how all the young kids we trained were now Battalion Chiefs. Steve was not only involved with local 344, but also was involved at a state level. He is a great person and a very special friend. His loving wife Cheryl takes good care of Steve and I will love her forever.  They warmed my heart and made my day. The goodbye hugs lasted a little longer than usual.

After they left I sat at the bar to drink one more cold beer. I don’t know how it happens, but I seem to attract out-of-the-ordinary people. A local guy named Norman started to tell me about a group he belongs to. They like to fly gliders. He said they are a step above people who fly airplanes, because gliding is true flight. He was a little weird but very interesting. He talked about soaring at a high altitude and being joined by several hawks. He said they would soar together for long periods of time riding the thermals and circling high over the Oviedo area. It was an interesting afternoon. The best part was seeing Steve and Cheryl. The conversation with Norman made me wonder about the folks living in Oviedo. In town they have chickens and for entertainment some of them fly with eagles. It sounded like a plot for a Steven King novel to me.

Tomorrow I will do my morning walk again. I will keep my shirt on so the local ladies don’t get distracted when driving their cars. I am also wondering about that lady who called me an “ace in the hole” yesterday.  She must know I play hold-em poker. 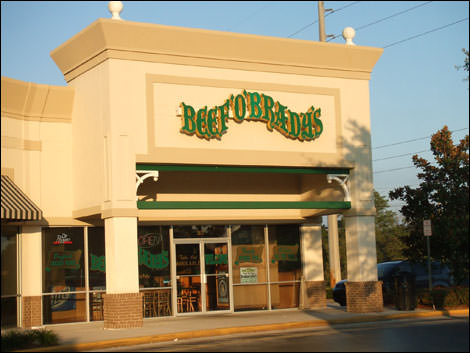