I was up at the crack of dawn. It takes a half hour to walk to the mall where I ordered a decaf at Starbucks. On the way back I noticed activity in the Casino parking lot. A huge section of the lot was blocked off and they were bringing in classic cars for an annual auto show. These vehicles were cool. Some were restored old cars and some were modified vehicles. Old guys were polishing and dusting their rigs getting ready for the show to start. The coolest of all were the cars that were modified to bounce up and down as you cruise down the street. Each of this type of car was surrounded by a crew of kids that looked like they belonged to the Cripps or the Bloods. A bandstand was set up and a group of performers were singing rap songs. The beat was loud and penetrating. It went ga-boom, ga-boom and shook the dandruff off anybody standing nearby. I walked over to listen to the music and to shed some dandruff too. I was met by a gorgeous young lady with tri-colored hair and a body covered in tattoos that were designed to match the soft reds and blues in her hair. The sun glinted off her piercings. She flashed me a gang-sign with her hand. I snapped off a quick Heil Hitler salute and threw in a Detroit style Black Power sign. I didn’t want to offend any of the rappers who were watching us. I was hoping we could do one of those six step handshakes that end with rubbing our butts together but it didn’t happen. Her name was Gloria. She took my arm and introduced me to the DJ. His name was Carlos. He had relatives in Detroit. He put on another song that sounded like multiple jet aircraft breaking the sound barrier and asked me to do a rap song with him.  I didn’t want to offend the Cripps or the Bloods and wanted to show that Detroiters are cool characters too, so I accepted. I did one song with Carlos. It was a far cry from the Karaoke I did in Tallahassee Florida but it was fun. You get to make up your own words and contort your body while singing. If you can’t think of a word you can snort like a hog and do a break dance routine. I couldn’t do the break dancing, but threw in a few Borzastoves, which means Holy crap in Hungarian. I had fun with these kids and for few moments was immersed in their culture.  They were creative beautiful people doing their thing. Our diversity makes us strong.

As I was leaving the parking lot I heard a familiar rumble. I turned to see an ancient Seagrave Fire Engine pulling into a spot where the food vendors were located.  It was identical to old Engine 33. I ran over and asked the owner if I could hug my old friend. He smiled and said sure, go ahead. He was setting up an awning and told me this was now a pizza rig. He had installed a pizza oven in the side of the apparatus where he could bake fresh pizzas. His name is Bill Wise and he and his wife Amber attended many outdoor celebrations to sell pizzas. They called it ENGINE 1 PIZZA. Bill said this was originally an active pumper in the Astoria, Oregon Fire Department. I walked around the old rig and petted her sides. Like an over-the-hill fire horse that had been retired to wear a funny straw hat and haul a delivery wagon, this gallant old warhorse was still serving the public. I rubbed her sides and could imagine the actions she had been witness to. I knew she enjoyed my touch and we communicated silently. I drew close to her and whispered, “I used to be in command of one of your sisters in Detroit. We called her Engine 33. You come from a great family baby. Thanks for your service.”  As I left I thought I saw the dome flasher flicker a silent thank you.

I topped the evening off in another poker tournament. I finished tenth. Close but no cigar. The highlight of the game was sitting at a table with a guy named Matt Lemieux. He was from Vernor Highway in Detroit. He owned a business supply service and had a building on Lawndale and Longworth, which is just down the street from Engine 33s quarters He was close friends with Dick Hoffman and his son Stevie. Both Detroit Firefighters. He said he was 51 years old and we knew a lot of mutual friends including the Lesnaus. We both lamented the demise of the City of Detroit.  He was fun to talk to and I thought what a small world. I promised to call dick Hoffman when I got home to tell him hello from Matt. Day forty-one was a great one. Tomorrow is my birth day. I will be 39 again just like Jack Benny. It is going to be hard to top Day forty-one. 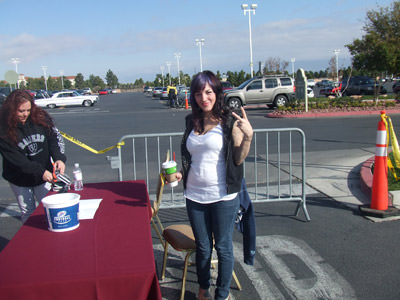 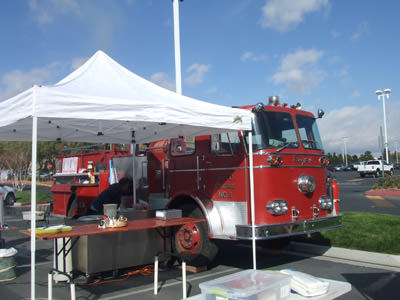 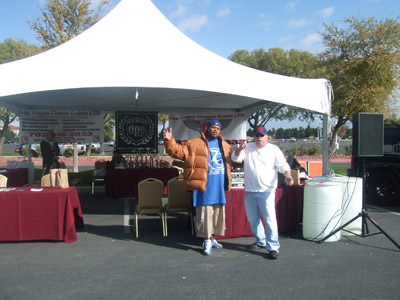 Bob Haig and Carlos do a rap routine 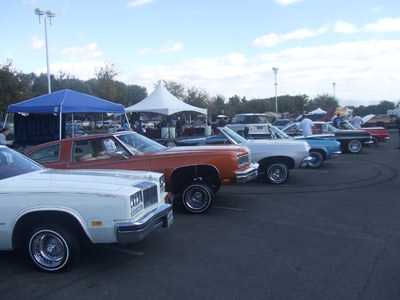 Bouncing cars are the hit of the show 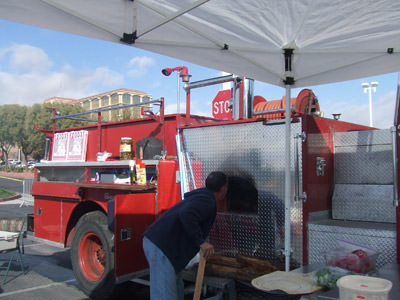 A pizza oven in her side where she once carried water.