Ahhh, forty days and forty nights, it has a biblical ring to it. I realized my trip was occurring in the coldest winter in decades. I was up early and took a long walk. I went to an upscale mall, which is about a mile from my Casino. I noticed a bar with motorcycles in front. It had an intriguing name, Three Angry Wives. I went in and ordered a beer for breakfast. A no neck guy, smoking a cigar, started talking to me. He said he was a steel contractor and explained how devastating the down-turn in the economy has been in Las Vegas. Because of no work, he was losing his $425,000 house. He said $240,000 condos can be had for less than $90,000. Las Vegas is now number one in property foreclosures. Any of you guys who have money, may want to consider buying a place for your kids. Remember, they don’t kick that money in the box with you when you make your final journey.

I made it back to The Sun Coast Casino in time for the 10am poker tournament. I played great cards and made it to the final table. They payouts went to the first five places. I fell short and finished up number eight. The rest of the day was spent shopping and enjoying the scenery. Around 5pm I sat down at the bar to play a video poker machine. A pretty young girl was playing the machine next to me. Her name is Amanda Jamison. She is a model/singer from LA who is trying to become a movie actress. She has cut records and has done commercials. There have also been singing gigs. Presently she is out of work. I told her to follow her dream. My friend,Joyce Foy Spizer says it is common for even good actors to hit spells of unemployment. I wished her well and went to the evening poker tournament. It was bazaar. A lady had brought an inexperienced player to the table. It was cute because, this girl named Sue was being helped by all the players. Sue stayed on every hand. We laughed because she was winning 80 percent of the time. Her stack of chips was the biggest at the table. The laughing stopped when she started to eliminate some very good poker players. She was sitting next to me on my left. I got pocket aces and thought, now I shall teach this amateur what poker is all about. I bet big and everyone folded except Sue. The flop came jack, six, six. I smiled an evil smile and went all in. I thought I heard harp music and suddenly a strange beam of light came from above and surrounded Sue in her seat. She called the all in bet and showed her cards. Sue had a six and a ten off suit. Her three sixes beat my two aces and I found myself at the bar with the other defeated poker players. It was a sobering experience. Luck always beats skill.

A few more beers and I gave the dice table a try. I won three hundred dollars. I went to bed a winner. I will play in the poker tournament tomorrow and hope I don’t have to sit at a table with Saint Sue. 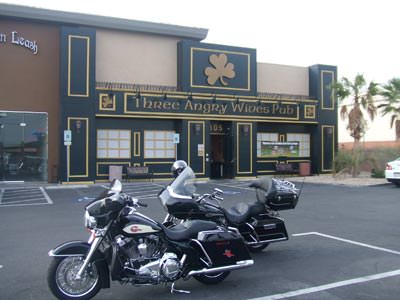