On day forty-three I received an invite to visit San Diego. My cousin Joe lives there. Its been a long time since I was in California. I know it is a fun place. The last time I was there we stayed near the beach in LA. My wife and I walked down to see the Pacific Ocean. We crossed a wide sidewalk that bordered the beach and were almost run over by several roller skaters. They were mostly hot chicks in Bikinis so skimpy I thought they were naked. I knew I was going to like California. On the sand we encountered a hippy looking guy dressed in a long gown. It looked like he shopped at the same store that Moses did. He was standing on a box preaching some kind of weird mumbo-jumbo about the end of the world. I asked a policeman, who was standing nearby, who was this guy. He laughed and told me he didn’t know but he said we get a lot of them. They walk across the country and when they get to the edge of the ocean they stay here. Most become a part of the general population but the real coo-coo ones we put away or try to send back east. I remembered all the fun we had there, and I am looking forward to returning to California.

Day Forty-three was routine. I still haven’t won a tournament. I need a win to even up on the entrance fees I am paying. I may have to switch to the live game of no-limit hold-em. We will see what happens today. I called my friend Jake and may go to Pahrump, to see him and Pauline. Jake and I were once the “Butch Cassidy and Sundance Kid,” of the crap tables in Las Vegas. Our retirement budgets changed our betting activities. I play hold-em and Jake now wears a babushka and attends bingo games with his wife Pauline. Last year he won a $19,000 jackpot. If I do not win a card tournament soon, I may have to buy a babushka and join Jake on the bingo tour.

I ended the day at a high end watering hole that features a mini brewery. They make Gordon Biersch beer. It is great stuff and it comes in many forms, from dark bock to a golden light beer. I sat with some well heeled guys who were talking politics. One guy was an artist, and he was lauding how great the European life style was. He said they are way ahead of Americans in business and government techniques. He rambled on and on about the Europeans. I finally butted in and said, “That sounds great but how come every twenty or thirty years we have to go over and save their asses in some kind of war?”  The artist turned on his mute button and one of the other guys ordered me a beer.

I lost again in the evening tournament. I went to bed early. I am looking forward to the rest of the week. I will be moving to the Fiesta Casino on Friday for a three day stay. 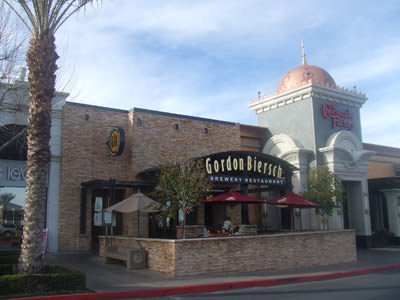