To all my readers, especially those Firefighters across our great country, I am presently on a road trip. Contact me at or call my cell at 231 445 2046, if you would like me to stop by your Firehouse.  I will give you a copy of The Bradford Stadium Fire, which is a great training aid.  I am now in Florida and have visited several Fire Stations. I am heading west tomorrow and will pass through Texas, Arizona, Nevada, and California before returning to Michigan. I am hearing tales about big fires and the special things Firefighters find themselves involved with. I am posting a daily log about my adventures. Send your e-mail if you want to follow my road trip. It has been exciting so far. Here are two stories told to me along the way.

I entered the Florida Panhandle in a fog storm. It was so thick I had to turn on my windshield wipers. It was slow going for an hour. Finally the sun came out and I pulled into Buelah, Florida to get a bite to eat. I noticed a fire engine and some Chief’s cars outside of Wayne’s Family Diner.  I went in an introduced myself and was invited to sit down. It was great to be with Firefighters again. They were full of laughs and full of stories.  Chief Steve McNair told me about his most interesting medical emergency run.

During a wild house party at a girl decided to jump on a large glass table and do a strip dance for her boy friend. She was leaping around throwing off pieces of clothing when the table leg broke. Down she came, landing ass first on the glass surface. The table shattered slicing her pretty buttocks to the bone. When the Chief and his paramedics arrived they thought they had a fire because the pot smoke filled the room from the ceiling to the floor. The girl was sitting on the floor on a stack of towels to stop the flow of blood. The cut went from mid-hip all the way around to the mid slit of her butt. She had a blanket covering her naked body. The Chief asked to look at her injury. Removing the blanket she leaned over to show her pretty ass. The EMS people came in shortly and they too asked to see her injury. Next came the cops. Again she rolled on her side to show her rear end. Arriving Fire companies all got a look and they loaded her on a gurney to put her in the ambulance.  Before she was hoisted into the EMS rig she yelled stop and sat up. She yanked up her t-shirt exposing a gorgeous set of tits. With a smile she said, “Y’all seen everything I got so you might as well see these.” It was a good day for the Beulah Fire Department.

The last time I was in downtown Oviedo I stopped at the Fire hall for directions. In the entrance was a memorial for Firefighter Shane Kelly. I stopped back today to find out what happened to Firefighter Kelly. It was late afternoon, so the only person up was a young Fireman named Josh. He told me that Shane was off duty when he came on the scene of a terrible car crash. He stopped to give assistance. He was stabilizing a victim who was injured when a tractor trailer failed to stop and plowed into the crash scene instantly killing Firefighter Shane Kelly.

My thoughts rolled back to my time on the job. I had attended many members’ funerals. The common thread among all Firefighters is their dedication to duty. The Oviedo Fire department is small. There are three Fire Houses with a staff of 46 paid Firefighters. It doesn’t matter how big a department is. What does matter is that intangible quality that is inherent in the Fire Service. It is a spirit of commitment to help others and it is laced with a fearlessness to face danger when protecting and helping people in a time of need. Through the sadness of losing a member, the Oviedo Department gave Firefighter Shane Kelly a proper Department Funeral. It was well attended by many other departments. They erected a memorial to Shane’s memory in his Firehouse. Shane was a handsome dedicated young man. As I left the Fire Hall, I shook the hand of the young Firefighter who told me the story about how Shane Kelly lost his life. In that handshake I felt the heart and soul of the Fire Department. It was good to be home again, even if it was only for a short while.

Again, if you would like me to stop by, please contact me at or call my cell at 231 445 2046. I will be glad to visit you and bum a free cup of coffee. Stay safe my brothers and sisters. 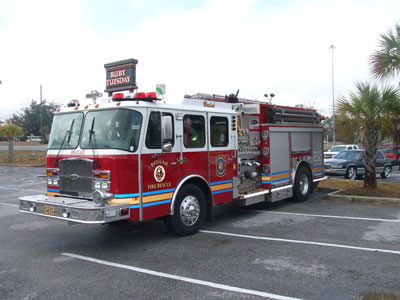 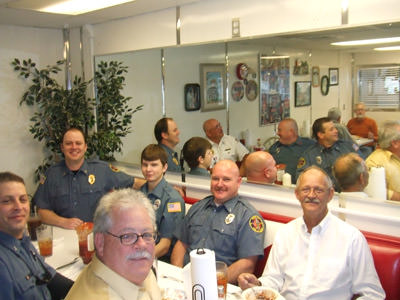 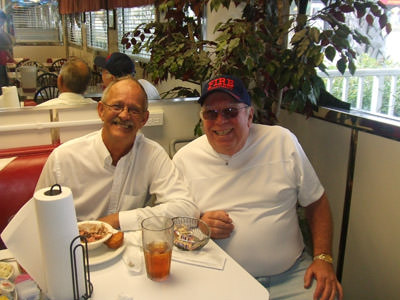 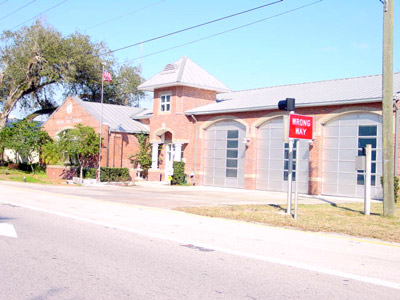 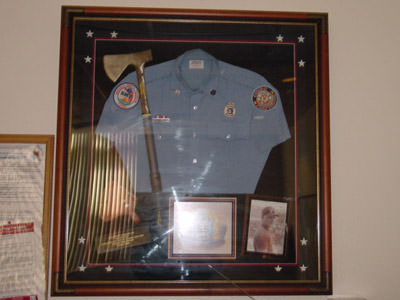 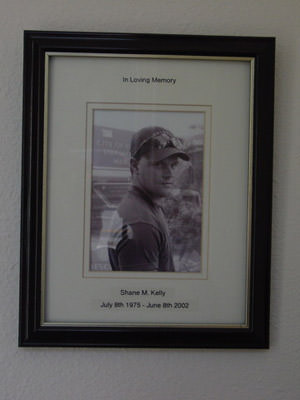