Not too many things scare a true Firefighter. Roaring blazes and smoky infernos present a certain degree of danger but do not give a person the heart pounding, throat lumping, knee knocking scaries.

The things that scare most Firefighters are those incidents that spring sudden surprises or turn a normal situation into a bizarre event. Even if you are prepared, a dog can frighten you. On a run to a scrap yard you must be alert. There is usually a junk yard dog hiding somewhere in the litter. The dog will be a cross between a Doberman and a Wolverine. If he is not snarling and barking at the gate he will be hiding in wait under a pile of junk. As you move past him he will come charging out with extreme malice on his mind. I have seen many Firefighters surpass the Olympic broad jump record when this occurs.

Many factories and warehouses in the city use guard dogs. When responding to an ADT alarm you must be careful when entering a building. I was once answering an alarm on Post Street in the 7th Battalion with Ladder 13. It was late at night and on arrival there was no smoke showing. My fellow Firefighters and I gained entry into the block sized factory and started checking things out. We were about a 100 feet into the basement when we came on a wash tub full of water. Next to the wash tub was a bucket full of dry dog food. Scattered about were enough bones to decorate an elephant graveyard. The six inch letters on the dog food bucket said everything in this basement belonged to Killer. Shortly after reading the dog’s name we heard the thunder of a huge animal’s feet moving across the floor above us. It sounded like he was headed to the entry door of basement. Accompanying the sound of running was a rumbling growl which we could hear through the thick floor. A lot of things flashed through my mind. Can we make it to the door before Killer gets here? Is the upstairs door closed off? Is Killer really a killer?

Luckily one of my men found another door leading up to the outside. Another Firefighter slammed the stairway door just as Killer arrived. The dog hit the door like a tank and it shook the building walls. We were up and out and were satisfied there was no fire in the building. We never did see Killer but felt confident that no arsonist would ever set fire to that building from the inside. That is the type of incident that scares Firefighters.

Probably the most bizarre confrontation with an animal was Carl Beeler’s encounter with the junk yard horse. It happened on a foggy night and scared the bejebbers out of Carl. Carl was running between buildings at the scene of a reported fire when he bumped into a horse who had his head hanging over a fence. The horse nickered at Beeler showing huge yellow teeth. Beeler said his body went on automatic pilot and ran back to the Chief’s car all by itself. Beeler said he was glad his body made the decision to leave without getting his permission.

During the late 1960’s there were still many horses in the 7th Battalion. There were also a lot of mean dogs and one scrap yard had a junk yard goat. It was an exciting place to fight fires. One never knew what dangers lurked around the next corner. 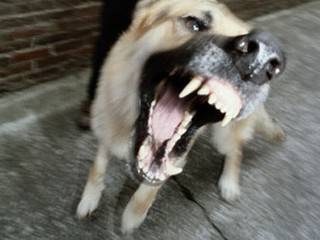