Sleeping is part of the job of a Firefighter. The shifts are 24 hours long and after 8 p.m. Firefighters are allowed to go to bed to await a run. Some companies have very few runs and some units go all night long. So it depends on where you work to determine how much sleep you will get at night.

If you are fortunate enough to run at a company that has few night runs you may still have a problem getting a good night’s rest. The problem may be the people you work with. The scourge of a good night’s sleep is the snorer. Some companies may even have two or three snorers in their dormitories.

You can usually tell who the snorers are at the table in the morning. The snorer is the jolly one sipping coffee and telling jokes. The red eyed guys with haggard looks are the ones who stayed up all night listening to the howling.

The low volume freight trainer can actually help one sleep. Once a person gets used to the sound it will act like a good rhythm and blues melody. The sound is a steady BZZ BA BA, BZZ BA BA. A good freight trainer never misses a beat.

The cliff hanger is a snorer who will give you a steady BZZ BZZ then stop. Those being kept awake will wait for the next breath to be drawn. Many times the snorer will have to be checked to see if he is still alive. Sadly he always is.

On an escalating scale comes the miserable Red Baron. As you nestle into your pillow the Red Baron takes off. He flies along with a steady BZZ BZZ looking for victims. Without warning the air combat begins. The steady BZZ BZZ will be interrupted by a burst of action that will sound like a brick being thrown though a beehive. There will be gasps, pauses, and staccato snorts. The sounds will be similar to World War One aerial combat. The Red Baron can be assured of light ground fire from those in the room with him. In the morning his bed will be surrounded by towels, socks, pillows, and an occasional shoe.

The fear of all Firefighters is to run with the dreaded werewolf. It is said the sound track for the movie The Howling was made in the dormitory of a Detroit Firefighter called Big Mac. A world class snorer like Big Mac could raise the neck hairs on a vampire with a sudden primordial scream in the stillness of the night. Many times the men would snap on the lights to make sure a werewolf with a toothache was not sleeping in Mac‘s bed. As the lights came on the werewolf would change back into Mac the kind faced Firefighter. Werewolf snorers can expect heavy artillery. His bed will be surrounded by shoes, chairs, books, and Voo Doo dolls with pins stuck through their necks. Some werewolf snorers complain of sore throats and finger like bruises around their necks.

There you have it, the story of night life in the fire hall. I have tried to show that a Firefighter does not always have it made because he is allowed to sleep at work. I have neglected to tell the stories of the night stalkers and practical jokers whom roam the dorms at night but that will be another tale for Fire Talk. 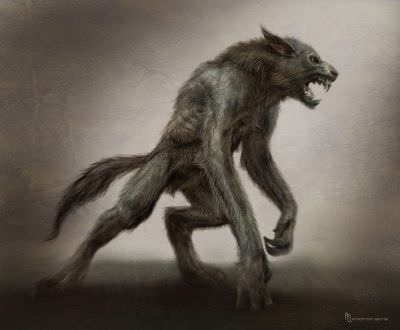