The Fog of Retirement

I was on board a man-o-war manned by brave warriors. It seemed like every on-duty day brought a new battle. The Detroit Fire Department was an organization that fought fires and saved lives. It was a career of adventure and a bonding with a special breed of individuals. It was over way too quickly. After 30 years it was time to leave the ship and go ashore. Retirement brought a painful separation from the job I loved. I was not alone. Over the years since I left the service, many good men and women have retired. Some of them made an indelible impression on me.
The smoke of life starts to dissipate when you get old. As the smoke clears, I have found the ranks of retirees is beginning to thin out. Recently the most good natured person I ever knew passed away. Tony Ounanian was a Fire Engine Operator. FEOs are the most important link in the unit that fights fires. They hold the lives of firefighters in their hands as they speed to a fire. They deliver water to those inside a building fighting the fire. If the FEO fails in his job, firefighters die. Tony was one of the best in the city. He was a person who made a day in the firehouse an enjoyable experience.

I received the following e-mail from another retired firefighter. I believe it says it all about Tony

While I was in Detroit a few days ago I went to a Memorial service for retired FEO Tony Ounanian at his church.Tony was on the job for 33 years. I spent many days with him in the beginning of my career. He was a hard working salt of the earth kind of guy. I never heard him say a bad word about anyone. Besides being a good engineer, a lot of us remember his great talent as a carpenter. A large number of us had attics, basements, kitchens or bathrooms built from scratch or remodeled by Tony O. At the service I ran into his running mate and electrician, plumber, helper retired FEO Joe Zyla. He is doing fine but like all of us, getting along in years.

When you get this take a minute and remember Tony. One of the silent, hard working good guys that got the job done. 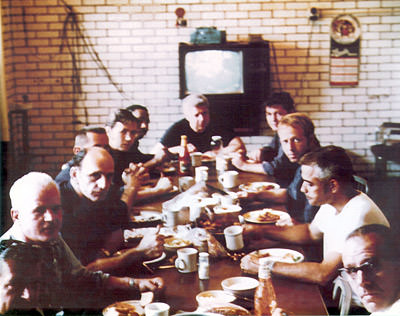 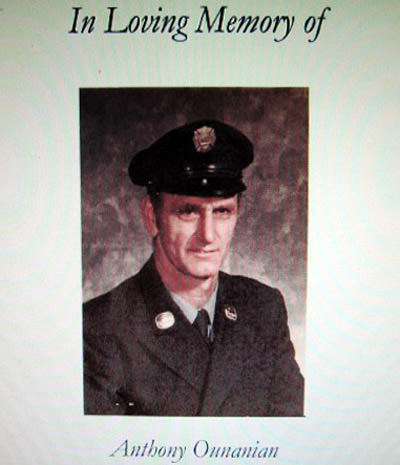