For me the passing of Captain Benny Patterson marked the end of an era. The last time I worked with Benny was at Engine 29 down in the 7th battalion. Engine 29 was sometimes called “The Black Hole of Calcutta. It was a penal colony of sorts, where Chief 7 assigned his most troublesome Firefighters. Benny was not troublesome, but he had the perfect temperament to command a group of maverick Firefighters.

Many Firefighters work on their leave days. Most are tradesmen working as carpenters, roofers, and electricians. The crew that ran at Engine 29 were not tradesmen. They were bookies, motorcycle gang members, bouncers, and bar tenders. They were the type of guys who entered tough man contests or wrestled bears at the carnival. In this regard, Benny fit in perfectly. He owned a tow truck and on his days off he would scour the city for abandoned vehicles. When he found one he would drop his hook and tow it off for a profit. He told me he had to be careful in the 7th battalion because many of the local citizens drove junky ghetto cruisers and on more than one occasion he hooked onto someone's family car. The boss of Engine 29 became known as Benny the Hook. He was called this for as long as I knew him.

Benny loved kids and with his wife Dolores raised 8 beautiful children. Benny used that same kind of love when leading his Firefighters. The borders of Engine 29’s district was surrounded by railroad tracks and on many occasions they were cut off from help when fighting a fire. Benny and his crew always handled the job. They were tough Firefighters  who were anxious to get the job done so they could get back to their odd ball activities back at the engine house.

Benny was of average size but you could spot him a mile away with his hunched shouldered walk. Kind of like a small bear. When he talked to you he would lean forward and speak out of the side of his mouth. You always thought he was telling you a secret. He was good with kids. The neighborhood tykes would want Benny to tell them stories when he sat in front of the engine house in the evening. Benny was a consular to ghetto kids who needed a father figure.

I remember the time when he straightened out a kid we called Destructo. After a prolonged siege, where Destructo and his gang attacked the engine house with water balloons, Benny ordered his Firefighters back into the fire hall and closed all doors. Destructo found an open window and slipped inside. He threw a balloon which hit Benny full in the face. Benny disciplined Destructo by dunking his head in a toilet and flushing it. Destructo became a good kid after that and always showed respect for Benny the Hook.

Benny was one of a kind. He will forever hold a place in my heart. If they ever open a hall of fame for the 7th battalion, I want to nominate Benny the Hook to be at the top of the list. He was a special person and a special Firefighter, He was my friend. His spirit will always be a part of Detroit Fire Department folk lore. 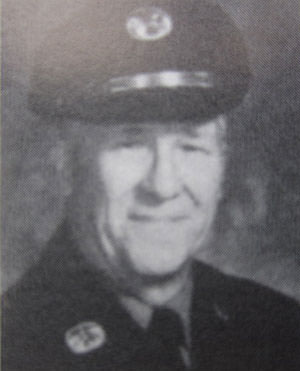