There is a mystic aura that binds Fire Fighters together. You guys from California, Buffalo, or Cut and Shoot, Texas  could walk into my firehouse any day and we would instantly know each other. Not by name but by our brother and sisterhood. We do the same things. We respond to fires and disasters to help others in a desperate time of need. Many times we put our lives on the line. When we are young we are fearless and daring. As we age we become smart and professional. The goal is the same. Help our fellow man.

I recently received an e-mail from a young man who is a member of the fire service. He said that once you become a Fire Fighter you can never retire. You may leave active duty but you will wear the uniform forever. He is right. I have been gone from the Detroit Department for 16 years and I am still pouring out the memories of my experiences in the pages of this website. I am joined by many of my running mates who send me stories of their time in the fire service. For you active guys we want you to know we ride with you everyday. Like the 300 Spartans you are a tight society that depends on each other when lives are at stake. There is a mutual admiration for each other because only we, who have experienced responding to fires, know the feeling of being depended on to do a seemingly impossible job.

I was fortunate to travel to many cities to attend conventions and seminars involving fire fighter related issues. Years ago I was in San Francisco where part of the ceremony was to award two Fire Fighters medals for their volunteer work at the Mexico City earthquake. These two men took time off work to go down to help brother Fire Fighters dig people out of collapsed buildings. At one site the cries of an infant could be heard coming from the rubble of a fallen apartment building. Without hesitation these men crawled into a small opening and maneuvered through a maze of concrete, crushed wood, and debris attempting to find the trapped baby. It was extremely dangerous because any after shock tremor could bury the rescuers. Using their hands they dug their way toward the whimpers ahead of them. They found a little girl no more than three years old buried up to her neck in crushed plaster under some beams. They brought her out and she was taken to the hospital. The men were thankful for being able to help. It is what they did. They came home and years later were called to the convention to receive medals.

The room must have had 500 Fire Fighters from many states and countries in attendance. The emcee, after telling the story of the bravery of these men, turned to the wings of the stage and asked for the medals to be brought out. A little six year old girl ran out, clutching two medals, and leaped into the arms of these men hugging their necks. It was the little girl who these men had saved years earlier. There was not a dry eye in the auditorium. I don’t remember the names of those Fire Fighters but I knew them as I know all of you who serve in the Fire Service. Stay safe brothers and sisters and remember you will never retire and that’s a good thing.

The men pictured below are the same only with different names. 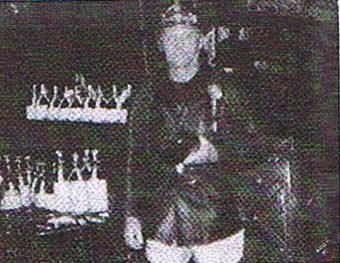 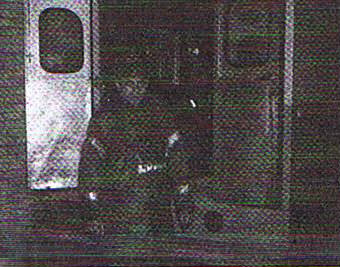