My son was 19 years old and knew he would live forever. He was a newly hired Firefighter working out of my old Fire Company, Engine 27. One morning a box alarm came in for a fire at dwelling less than two blocks away. On arrival the building was belching black smoke and flames were rolling out of the side and rear windows. People were screaming a baby was trapped in a rear bedroom. Following his Captain and the Lieutenant in charge of the truck, my son Joe, hurried to the side of the building where the bedroom was located.

Looking through the window they could see the room door was closed. The room was rapidly filling with smoke. The crib was less than eight feet from the window. A quick in and out should work and the baby could be snatched from the crib and rescued. The window was broken and one of the men helped boost Joe into the room. He made it to the crib when the fire burned through the doorway and exploded into the room. The searing flames and noxious smoke instantly knocked Joe unconscious and he fell to the floor in a kneeling position right next to the crib. The rolling flames filled the upper part of the room and began burning Joe’s face which was tilted up toward the ceiling while his arm, reaching in the crib, supported him in an upright position. Firefighters outside had to work quickly.

Joe’s running mate on Engine 27 did not hesitate. He dove into the room and grabbed Joe by the back of the collar and jerked him near the window. Others were able to reach in and pull Joe out. Joe’s running mate was Kevin Kinchen. Kevin sustained bad burns on his ears and neck. He received the Detroit Fire Department medal of valor for his brave rescue. He will always have the gratitude of Joe’s family for risking his life to save Joe.

Joe was in the Detroit Receiving Hospital’s burn unit for less than a week. The danger of infection is so great the doctors wanted him out after the initial treatment. In the emergency room the doctors used a new product called bio-brain. They coated Joe’s severe facial burns with this product. It was painted on like applying fiber glass to the hull of a boat. Joe had a lot of pain. My family took care of Joe at home and because we lived in the 7th Battalion there was a constant stream of visitors and Fire rigs parked at the house. I thank all who supported us through that time. The following pictures show the miracle of bio-brain and the healing process which took two months. Laser surgery on Joe’s eyes and plastic surgery on his eye lids kept Joe in and out of the hospital for over eight months.

It is my hope that the following pictures will serve as an inspiration for anyone who sustains burns at a fire. 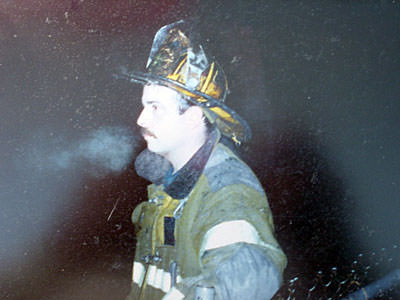 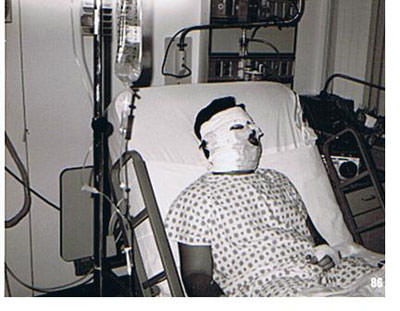 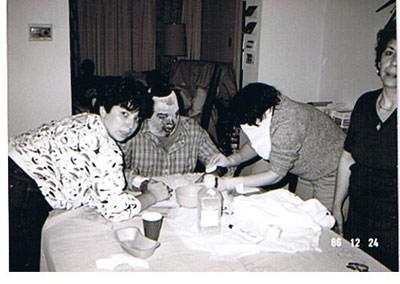 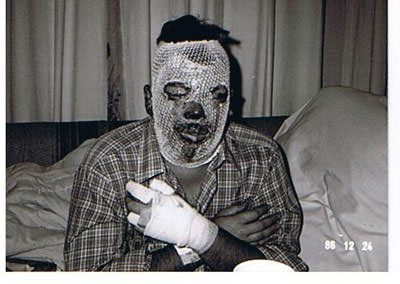 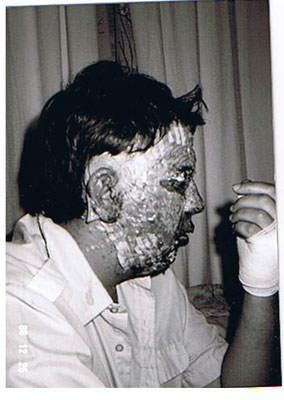 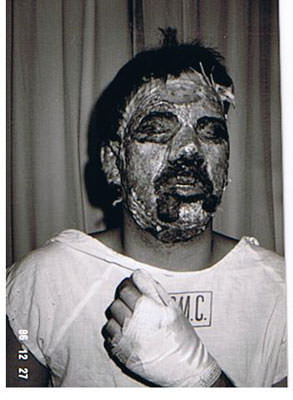 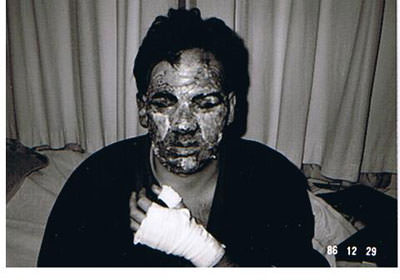 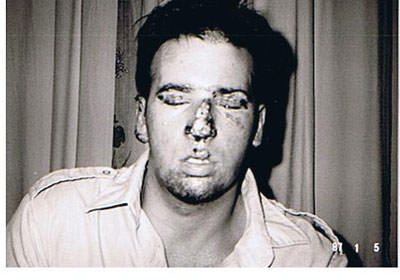 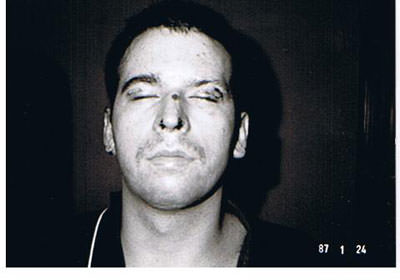 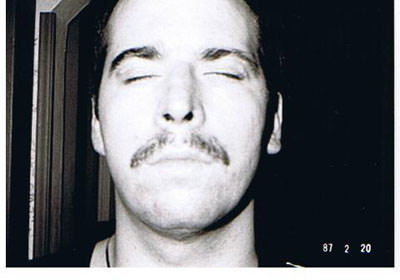 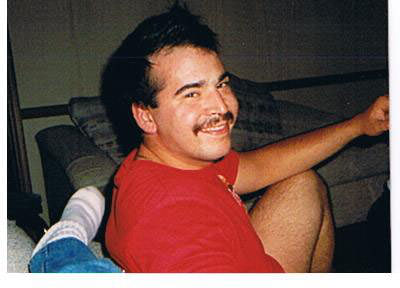