The Crow Who Spoke Polish

“What the hell was that?” our first sergeant yelled as he ducked his head.

“It looked like a Polish speaking crow,” one of the men said.

Darn if it wasn't.

After that we learned to watch out for this playful bird who enjoyed buzzing our ranks. He seemed to have a smile on his beak when he could scare the daylights out of an unsuspecting soldier. We soon discovered our feathered friend would pick up brightly colored objects and carry them back to the barracks where he lived. Many times the Polish soldiers across the way would send back belt buckles and unit pins their pet had stolen. That bird was absolutely amazing. He had a large vocabulary and I suspect many words were profane because the Polish soldiers would roar with laughter after the bird had spoken to us.

It was many years later when I ran into another talking bird. I was working at Engine 48 in the Seventh Battalion at the time. One of my running mates asked me to meet him for a beer on our day off. He suggested Helen's Saloon. I agreed and the next day I walked into the saloon and sat next to my friend at the end of a dimly lit bar.

As I got my beer a voice behind me screeched, “Move you fat son-of-a-bitch.”

I wheeled around expecting to see a local motorcycle tough guy. To my amazement, instead of a tough guy, I was looking at a big parrot. He was in a large cage next to the bar. He was about a foot long with bright green feathers and was bald from the neck up. He again called me fatso and proceeded to rattle off a string of obscenities that would make a sailor blush. I was told that Baldy was seventy years old and had been a pet in the bar for most of his life. I asked how he became bald. I was told he bit the finger of a Firefighter who had grabbed him as he strolled along the top of the bar sipping the beer out of any glass not being watched. The parrot bit hard and the Firefighter pulled out most of the parrot's head feathers as he struggled to make the bird let go. It was quite a fight and Baldy learned just how far he could go after the feather plucking incident. The bird enjoyed being fed popcorn and chips by the customers but avoided anyone dressed like a Firefighter. He always moved to the far side of his cage when swearing at Firefighters.

I guess a lesson can be learned from these old birds. KNOW YOUR LIMITATIONS and if you must swear at people do it in Polish. You might avoid getting your feathers plucked. 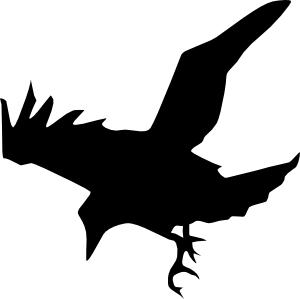