Another tale from Bobby Cop. It was all part of the seasoning that created a cop that criminals didn’t want to meet. Look for Robert M. Haig’s book, soon to be released. ‘Ten Little Police Chiefs” will take you through a thirty year career fraught with extreme danger and high adventure.

Being a young police officer has many pitfalls. Avoiding them is what the game is all about. It is always a plus if you can do this without getting hurt or killed. I was assigned the corporal rank for the day and would be the driver for my senior sergeant. We had responded to a barricaded gunman incident and would be assisting a county unit.

They had attempted to evict a guy who armed himself with a rifle. After briefing the deputies we discovered that we could not see the front of the house from our present position. I decided to play scout and crossed the street. This block had no alleys, so I had to jump a number of fences to position myself in the yard directly across from the suspect’s house. I was almost there and would only have to cross one more driveway. Knowing the suspect might see me, I pulled my weapon and sprinted toward the last fence. My young legs allowed me to easily vault the fence. My eyes were held fast watching the suspect’s front door.

My heart was pounding as I eased  across the yard I had landed in. My eyes never left that front door. I reached my destination point, which was about 2/3 into the yard right at the corner of a house. I holstered my weapon and uncapped the binoculars I had so carefully carried with me. I had a perfect view of the suspect’s house.

Now for some reason a chill ran through my body. I lowered my binoculars and quickly surveyed my surroundings. The ground I was standing on was bare, except for several patches of weeds. There were at least a half a dozen large holes with dirt sprayed around the edges. Large white bones were strewn all about. Things were starting to click as I locked on to numerous mounds of king sized animal waste. I had been so fixated on the suspect’s house I hadn’t noticed any of this. I looked around quickly and spotted a shed at the back of the yard. It was elevated from the ground and underneath I could see two sets of eyes piercing the darkness. The eyes almost appeared to be boiling, and the distance between them assured me they belonged to two large dogs. My legs were already churning as I headed back toward the fence. The upper half of my body was listening to a low guttural growl as it decided to catch up with the lower half of my body that was blazing for the safety of the fence. Dodging holes, bones, and dog crap I was able to get close to safety when I took a mighty leap. The dogs jumped too. We soared through the air and I clipped the top of the fence crashing into the next yard. My pursuers hit the fence going full speed and it bowed under their weight and bounced back sending both dogs to the ground still in their own territory. I rolled and popped up running , realizing the suspect could now see me. I made it to a new position behind the next house. Looking back at what had happened made me think about the valuable lesson I had just learned the hard way. It was easy to see that some large creatures had occupied the yard. I was so fixated on my task that I had not really looked before I entered the yard.

Both dogs were now pacing back and forth never taking their eyes off of me. It had been a close race. They knew it and I knew it. I swear both of them were smiling. 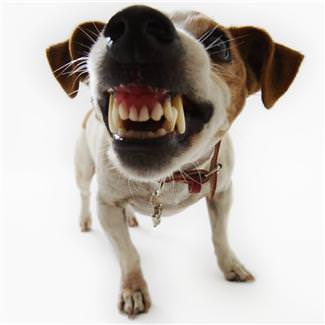