I first met Joe Haggerty at a Public Safety Writer’s Conference several years ago. He is the type of guy you want to be with when things get dangerous out on the street. He has the toughness of a cop who spent over 30 years combating the forces of evil. He has the heart of a warrior and the compassion of a Mother Theresa when dealing with the victims of crime. I read his book, “Shame, The Story of a Pimp.” If you want to read the truth about the world’s oldest profession and the incredible cruelty, intimidation and sadness that goes on in this criminal activity, I suggest you read this riveting book. Joe truly is a brother in blue and he sent this story about his first sniff of smoke. Many of you cops and firefighters will identify with his experiences.

By Joseph B. Haggerty Sr.

I was assigned to the 3rd Police District in 1970, which covered an area north of L Street, south of Harvard Street and ran from Connecticut Avenue (the western border) to 5th Street (the eastern border) all in Northwest Washington, D.C.  Included in this area were: 14th and U Streets, the center of the 1968 riots; Howard University; Adams/Morgan; Dupont, Logan and Thomas Circles; the Washington Hilton (where President Reagan was shot); and B’nai B’rith, where the Hanafi’s took numerous Jewish hostages in the mid 70’s.  The 3rd Police District was the smallest police district in the city with the highest crime rate.  It was the center of narcotics trafficking, prostitution and gambling.

After a year on the various police beats within the district both on foot and in a police car, I was permanently assigned to a scout car.  Our beat was the Adams/Morgan area, Columbia Road, 16th to 18th Street, Kalorama Road to Harvard Street.  My partner was a six foot five 175 lbs black guy, named Willie Lofton.  I grew to respect and love Willie like a brother.  Strange thing was every time someone wanted to fight us they always fought Willie.  I guess they thought if they could beat the big guy the smaller guy would be easy.  They were mistaken.  Usually while they directed their attention to Willie, I was able to yoke them from behind (yoking was allowed back then) and they were easily subdued at that point.  You have to understand, you cannot lose a fight on the street.  If you do, it likely could result in you losing your life, your gun or being seriously injured.

One afternoon while Willie and I were leaving the 3rd District Headquarters, Willie saw smoke coming from a 3rd floor window of a boarding house on Florida Avenue.  I called in a local for the address, which means there’s a fire and Willie and I ran into the building to alert the residents of the fire and to evacuate the building.  After clearing all the rooms on the second floor, I turned in the direction of where the stairs were, but I could no longer see them.  I yelled for Willie, but I got no answer.  The smoke was so thick I literally could not see my hand in front of me.  I started feeling around for a wall or a railing and trying to breathe.  Then I heard someone yell from the lower floor.  “Haggerty are you up there?”  I yelled back, “Yes, but I can’t breathe.”  The voice directed me to get down on the floor and crawl toward the steps.  The lower I got to the floor the easier it was to breathe and I crawled for dear life toward where I remembered the stairs being.  I almost fell down the steps I was crawling so fast.  With my eyes burning and tearing up I again asked where Willie was.  Willie was standing behind the DC fireman whose voice saved this rookie cop, who had never been in a fire before.

I have the greatest respect and admiration for firefighters.  Unless you’ve been in a fire, and my experience was mild in comparison to what they experience practically every day, you cannot fully appreciate the bravery, sacrifice and dedication firefighters display.  Their duty begins with saving lives and then putting out the fire.  911 was a perfect example of that.  God Bless every firefighter and their families who anguish with every fire reported and celebrate every time their firefighter returns home safe.  May they always return home safe.

The book is available on Amazon or Barnes&Noble.com (only on line). It is also available at Trafford.com/06-2498 as a paperback or an e-book. People can also obtain a signed copy from me at "haggerty@officer.com" at a discounted price of $25, with free shipping. 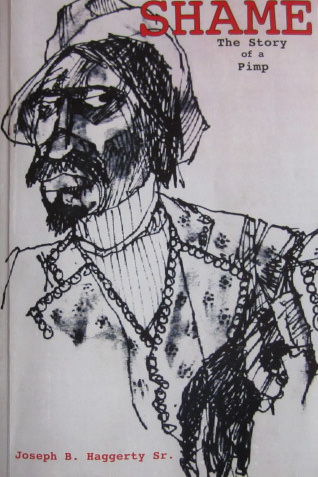